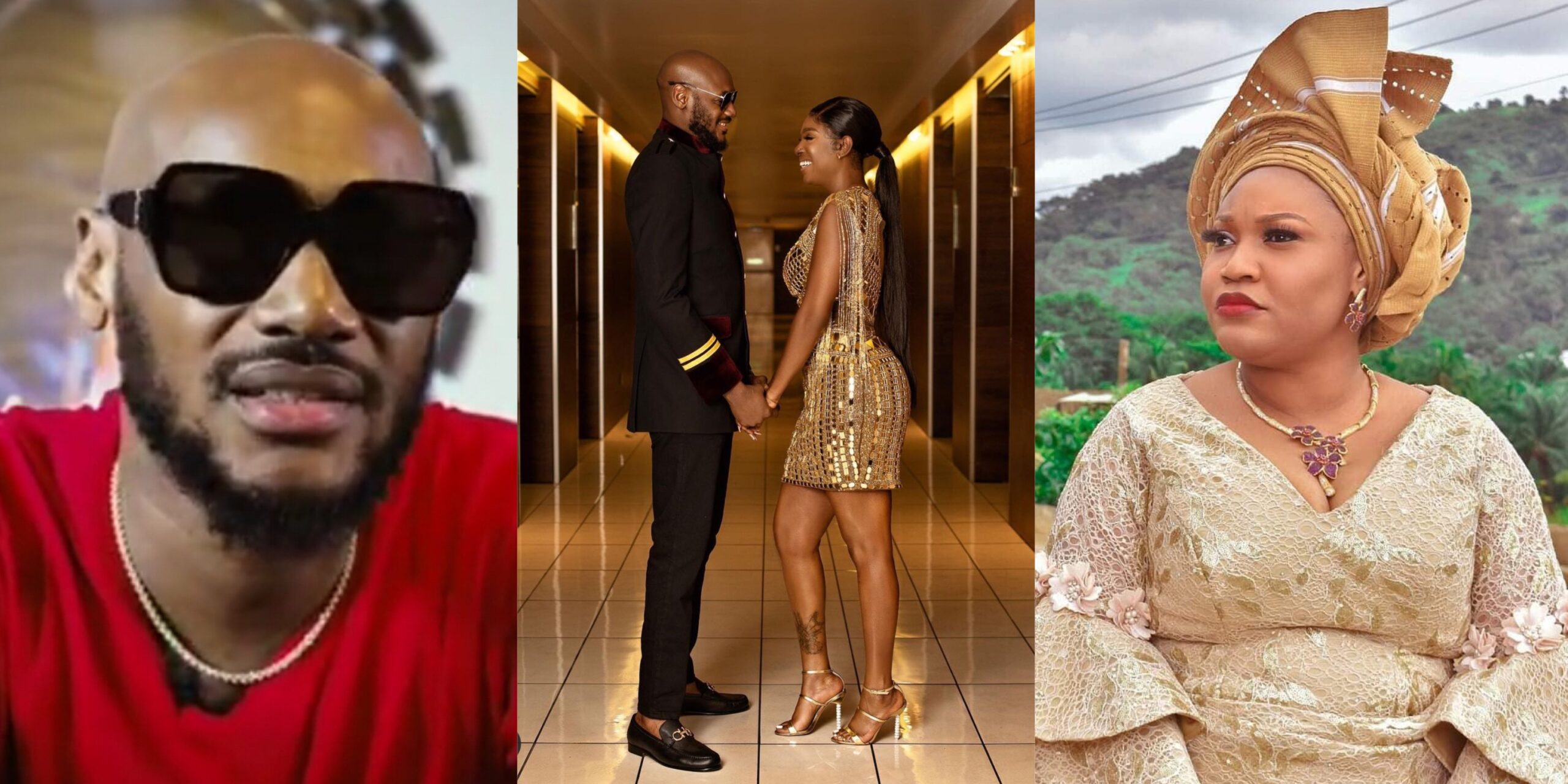 Petra Akinti Onyegbule, the former Chief Press Secretary to the Kogi State Governor, Alhaji Yahaya Bello, has said that singer, Tuface is not cheating on Annie Idibia but living a polygamous lifestyle. 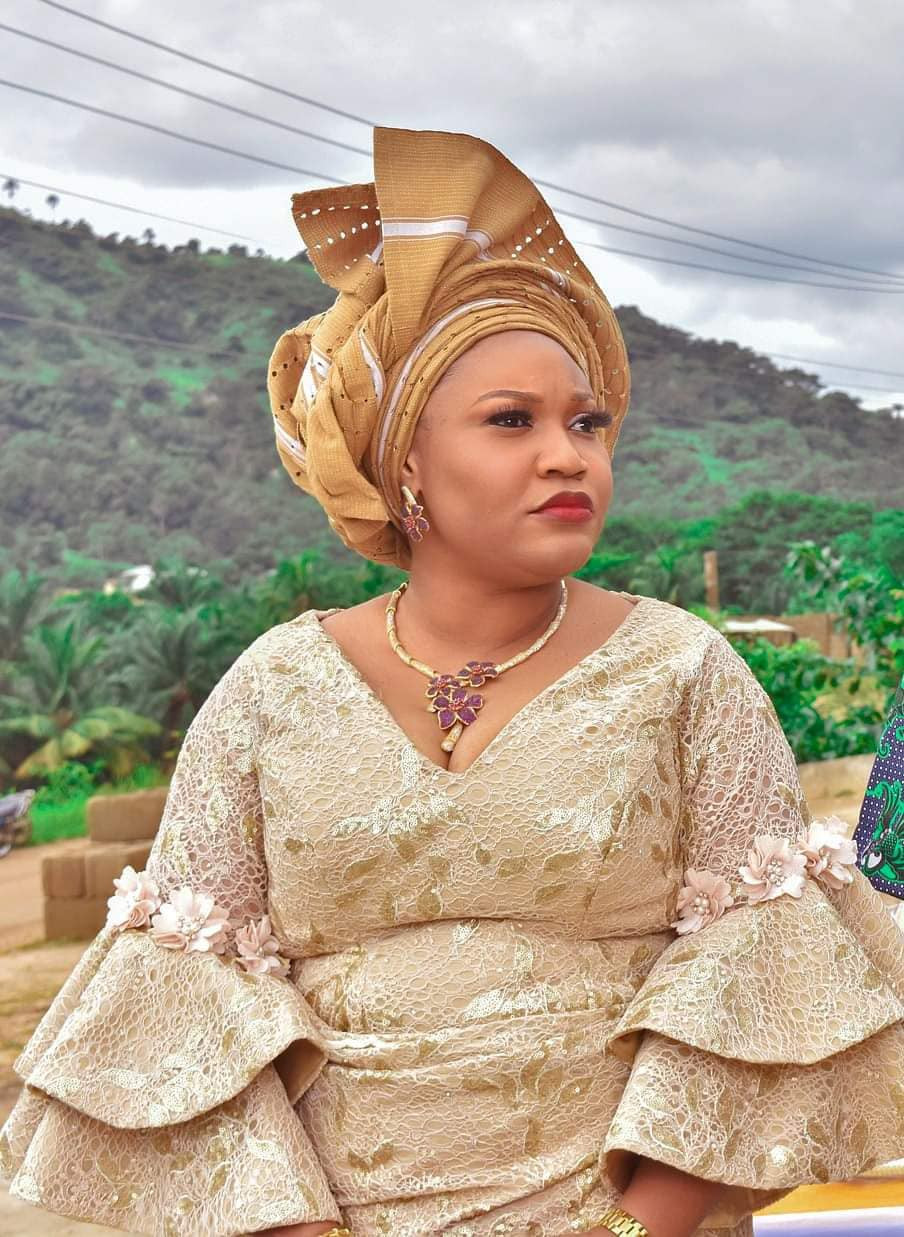 “Tuface is a weak man. He obviously loves Pero. But he’s disrespecting Annie to make that one see the writing on the wall. That one, typical Naija woman is thinking of how she’s stuck with him through thick and thin and claiming rights. Both of them need to have the boldness to live their truth,” she wrote. 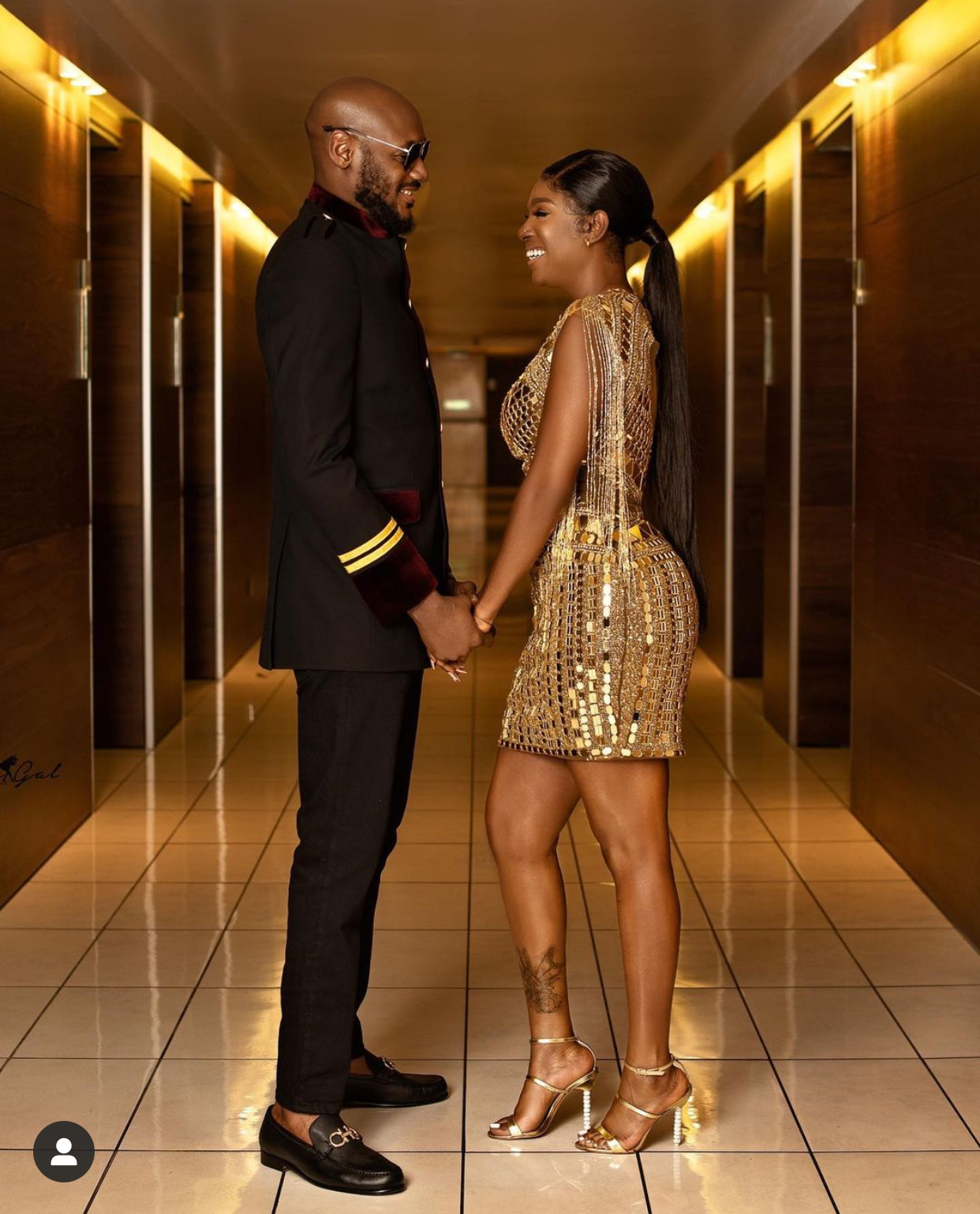 “What Tuface is doing isn’t cheating. He’s living a polygamous life. He needs to man up and make it official or grow enough balls to divorce Annie if he wants only one legal wife because she won’t leave. She’s become the poster child for accepting everything thrown at her in the name of love…. no self respect whatsoever- until recently that she’s spoken out.” she added. 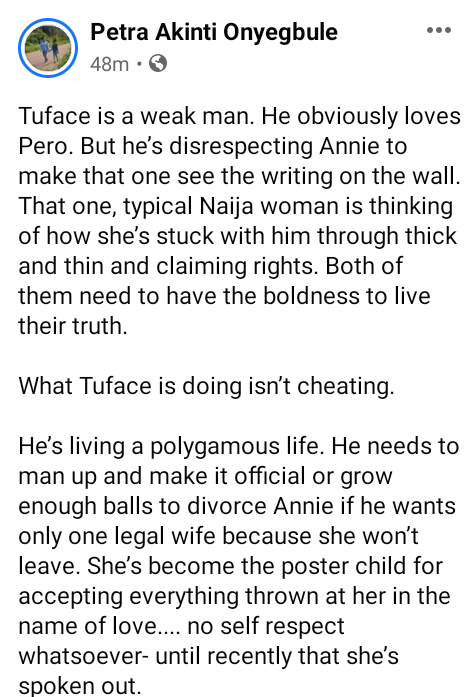