Home Uncategorized “When a woman you’re dating asks you for money, tell her you...

Former presidential aide Reno Omokri has caused quite a stir on social media after advising men against giving their girlfriends money. 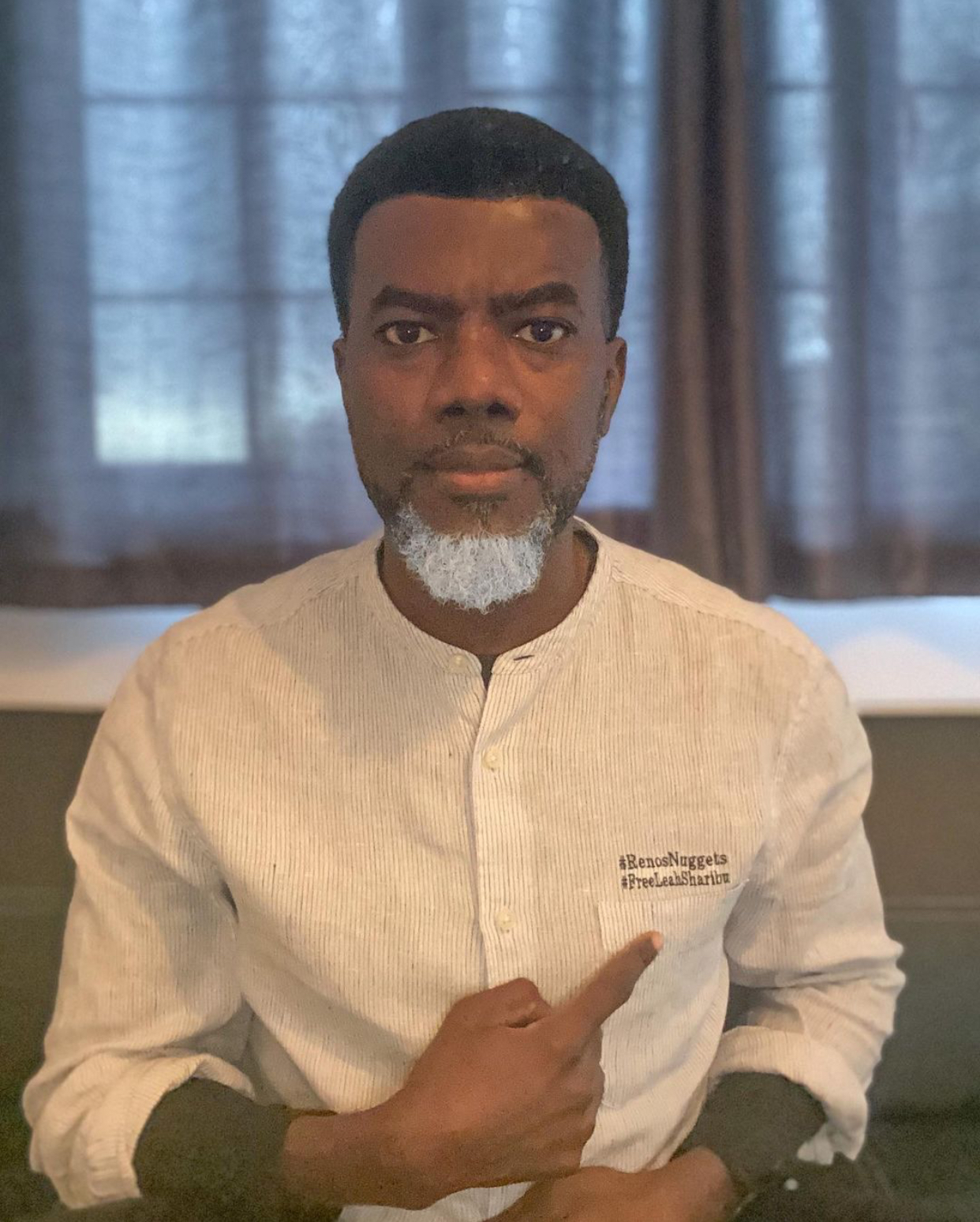 In a recent tweet, he made via his Twitter handle, Reno Omokri implored men in relationships to give attentive ears to their partners when they are demanding money, but reply in a savagery manner by letting them know they aren’t their father.

According to the former presidential aide, it is nice to finance a woman, but at the same time, it is an unwise thing to do. 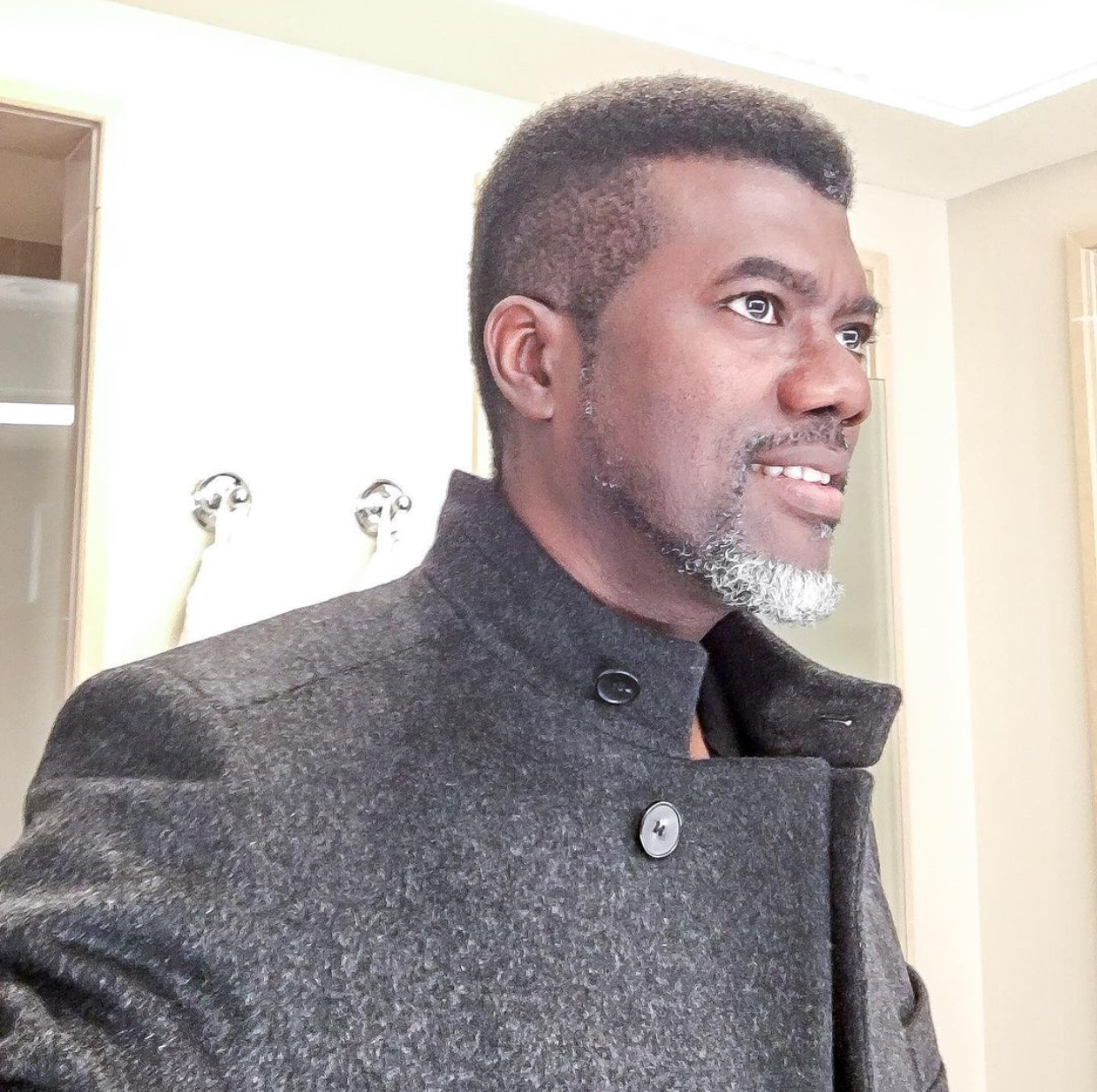 When a woman you date tells you she needs money, listen calmly without interrupting, then respond thus, ‘I am sorry, but it seems you mistake me for your father’.

Don’t be pressured into financing a woman you are romancing. It is nice. It is not wise” 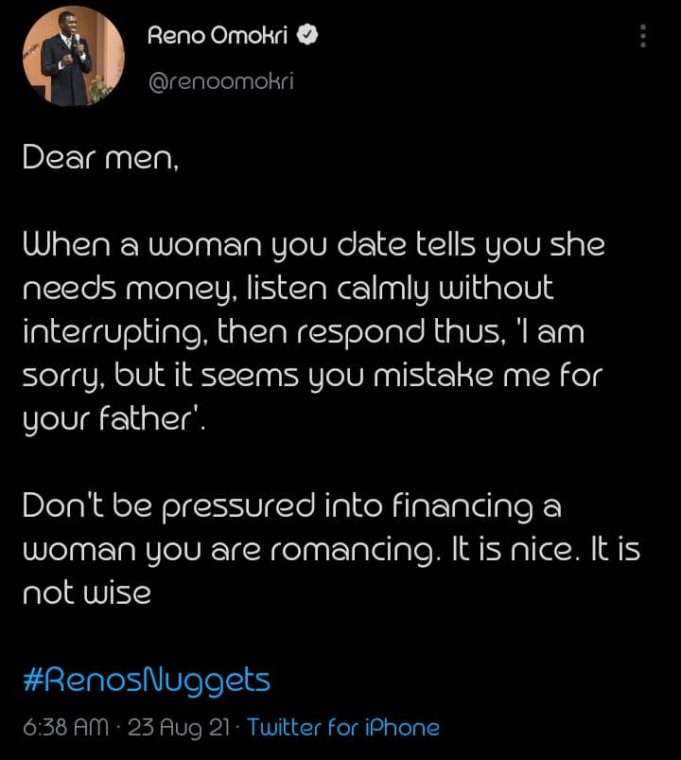