Home Entertainment News ”Who Wrote What” -Burna Boy Replies A Twitter User Who Alleged That...

A fan on social media, might have rekindled the dying beef, between two of Nigeria’s most popular celebrities, Burna boy and Davido. 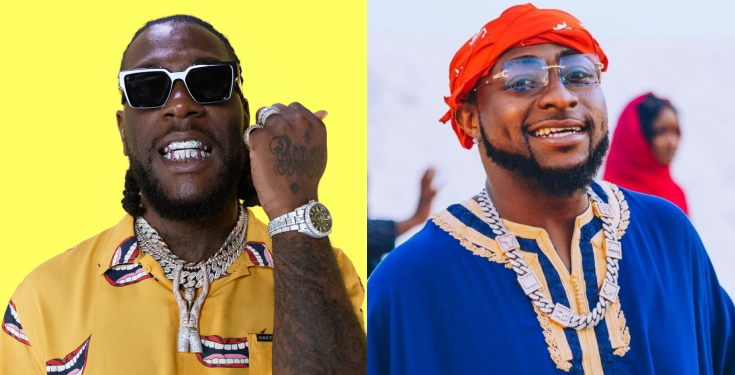 After he made a post on social media, alleging that Two of Davido’s artistes wrongs two hit songs on Burna boy’s album

Popular nigerian singer Damini Ebunoluwa Ogulu, known professionally as Burna Boy, who rose to prominence in 2012 is songwriter, rapper and dancer. Burna boy over the years has taken the Nigerian music industry by storm, With his fusion of dancehall, reggae, Afro-beat, and pop, Burna Boy emerged in the early part of the 2010s as one of Nigeria’s fastest-rising.

But lately his songwriting abilities has been called into question, as he has been accused of not writing two of his recent album. The two-time Grammy Awards nominee’s ability to pen down his own lyrics became a trending topic on Twitter when a fan revealed that Davido’s artistes Peruzzi and Yonda wrote three songs in his African giants album.

View pictures in App save up to 80% data.

The fan had not stopped there as he had also named the songs, shocking as it may sound the fan had asked stars to give credit to who it was due. Burna boy replied asking the fan who wrote what for who.