Temmie Ovwasa, popularly known as YBNL Princess, has revealed why she cannot stop engaging in homosexuality. 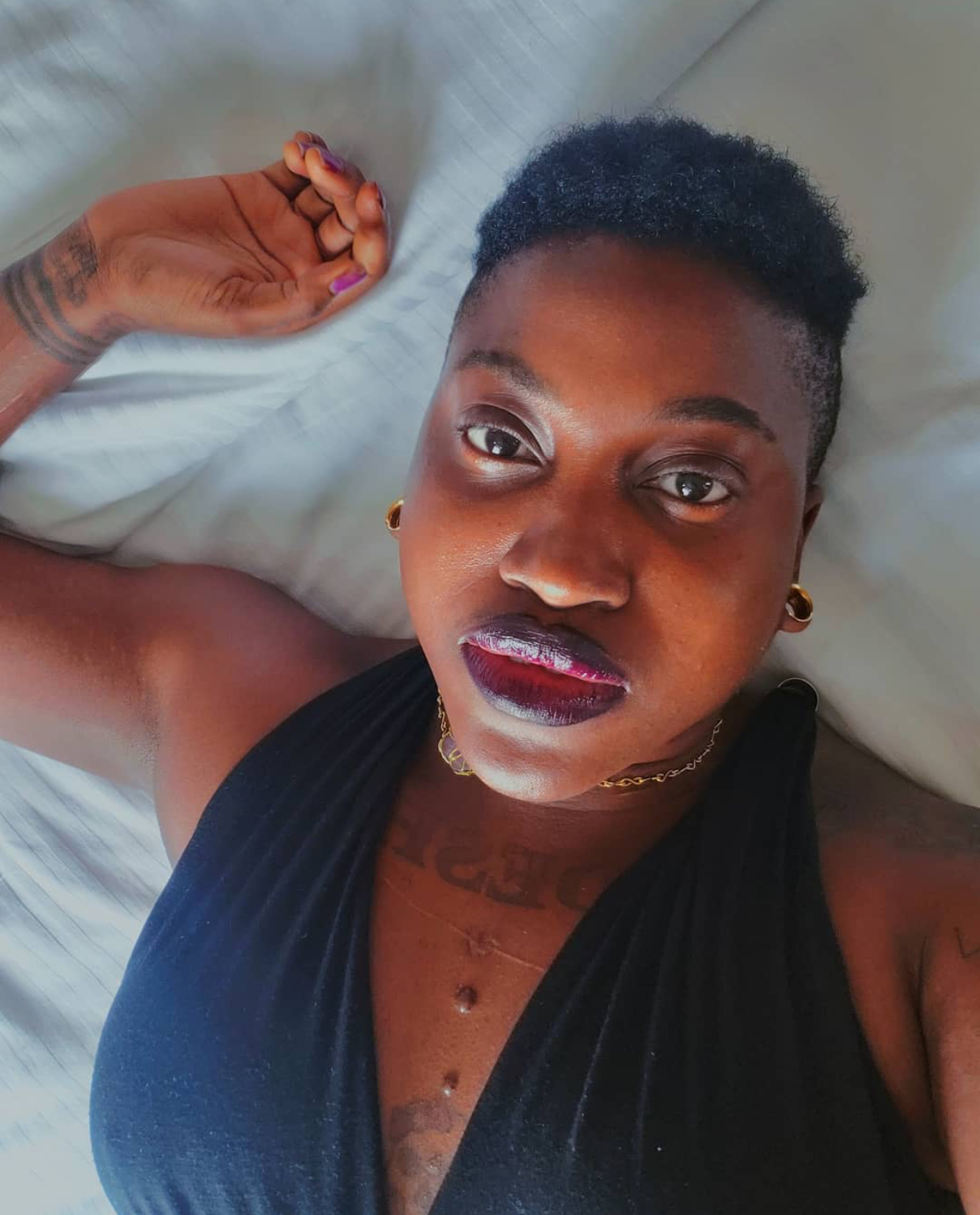 The singer explained that she cannot go from being homosexual to being in a heterosexual relationship because of all the benefits that comes from dating a woman. 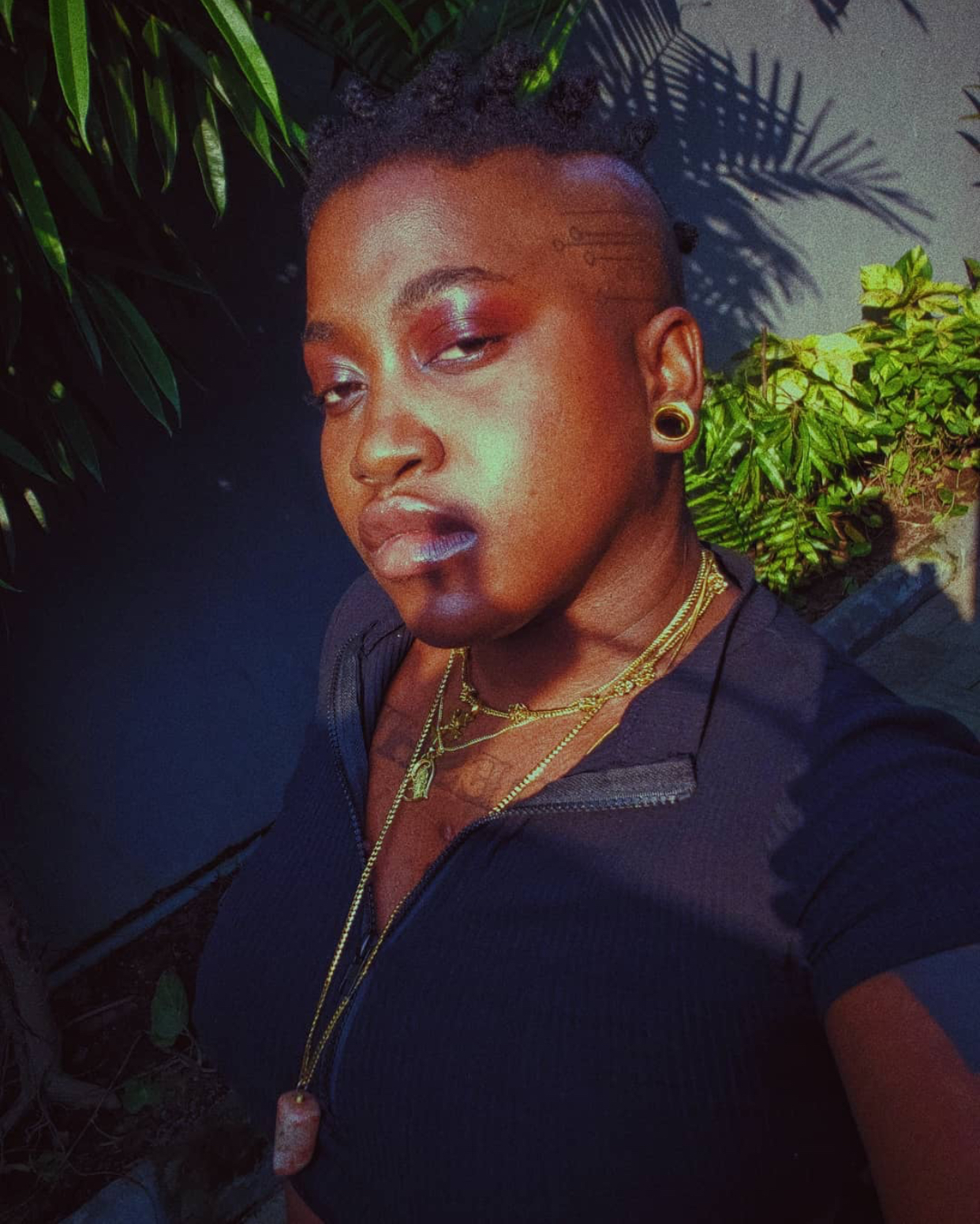 Listing the benefits, she said she can’t go from “multiple orgasms, genuine concern and full autonomy” from a female partner because the woman knows she doesn’t own her, to sex with an “immature man child” who “can’t wash his ass or keep a straight woman interested.”

She added that after years of being with women, being with a straight man is a “downgrade”. 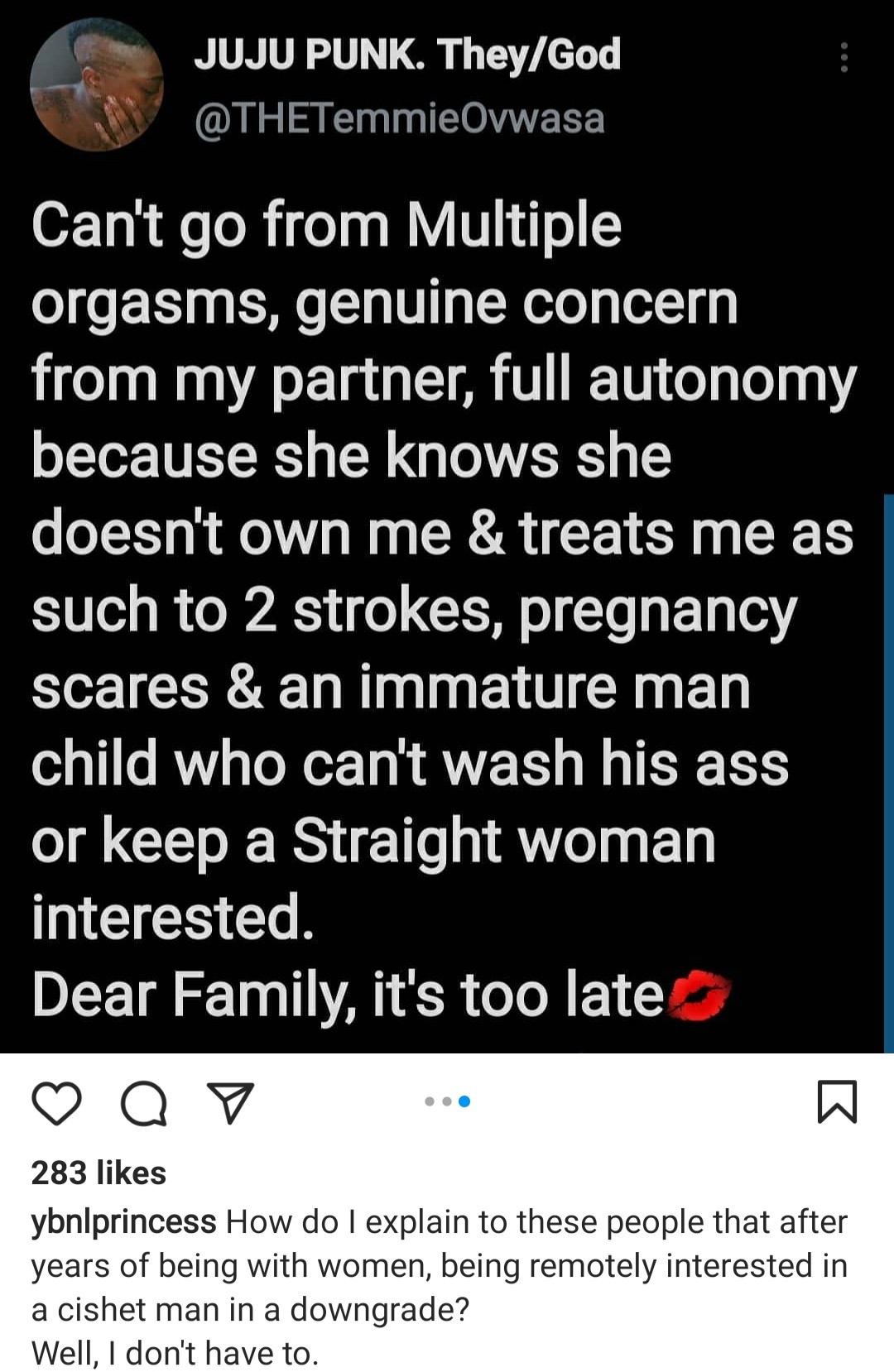 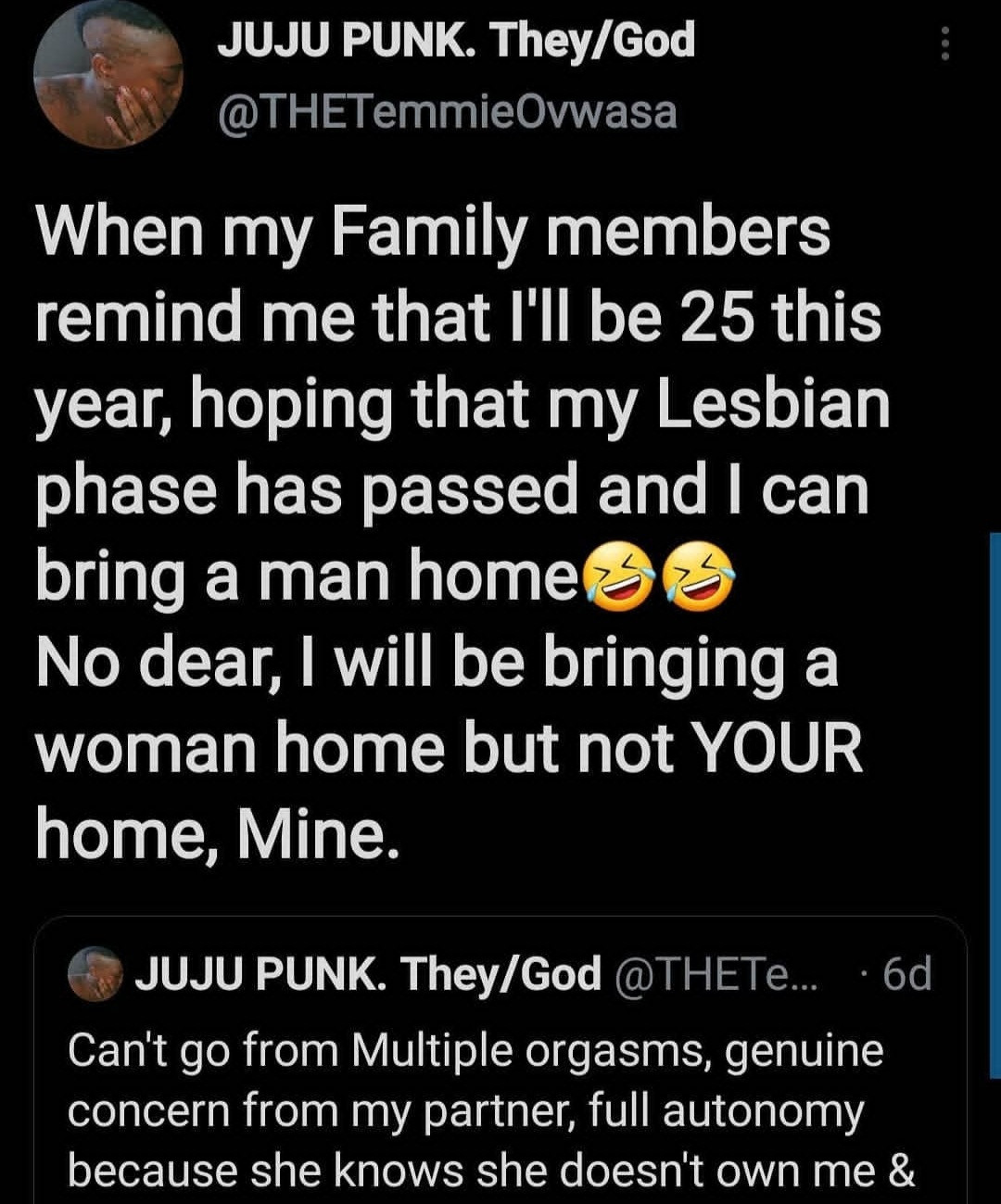 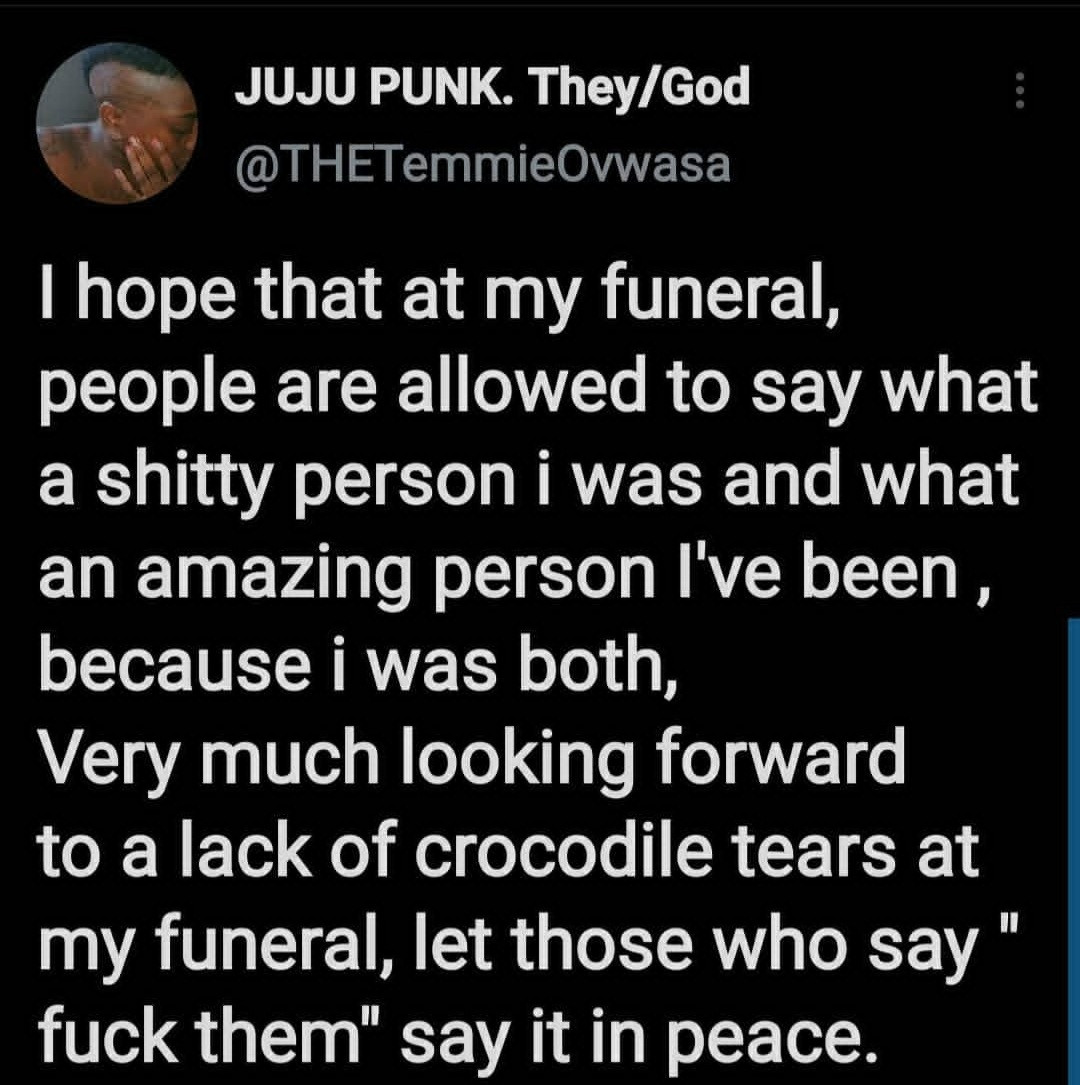