Home Entertainment News “With All Your Exercise, Your Leg Still Be Like 7 People Leg”...

Nigerian movie actress Uche Jombo has taken to the bird app to react to a comment which came from one of her fans. 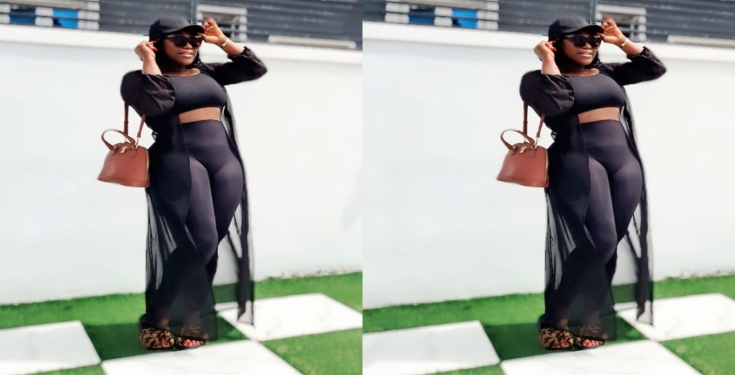 According to her, she had taken to her Instagram stories to share a stunning photo of herself looking sleek in an all black outfit flaunting her curves, she paired her looks with a black cap and dark spectacle.

While scrolling through the numerous reactions that was garnered from the photos in her dm, she noticed that a troll cursed out her ‘thunder thighs’ . The fan wrote;

The actress who felt surprised and also found the comment very funny now said she has been exercising vigorously to keep her leg in stature. She added if she hadn’t enrolled in a routine exercise, her leg was going to be like that of 100 people.

Not expressing any regrets, she warned her fans to leave her with her thunder thighs because that’s how God really wants to see her look.

Meanwhile, in a recent post, the delectable actress said on Twitter that one should never speak ill of their former partner regardless of how the past relationship ended.

This came as a reaction to the sad demsie of Jerome Boateng’s girlfriend. She wrote;

“I think once people are out of your life, no matter what, where or how to hurt you are…you shouldn’t speak publicly about them(speak your truth without naming names) This Jerome Boateng ex story is really sad. Just 25,”