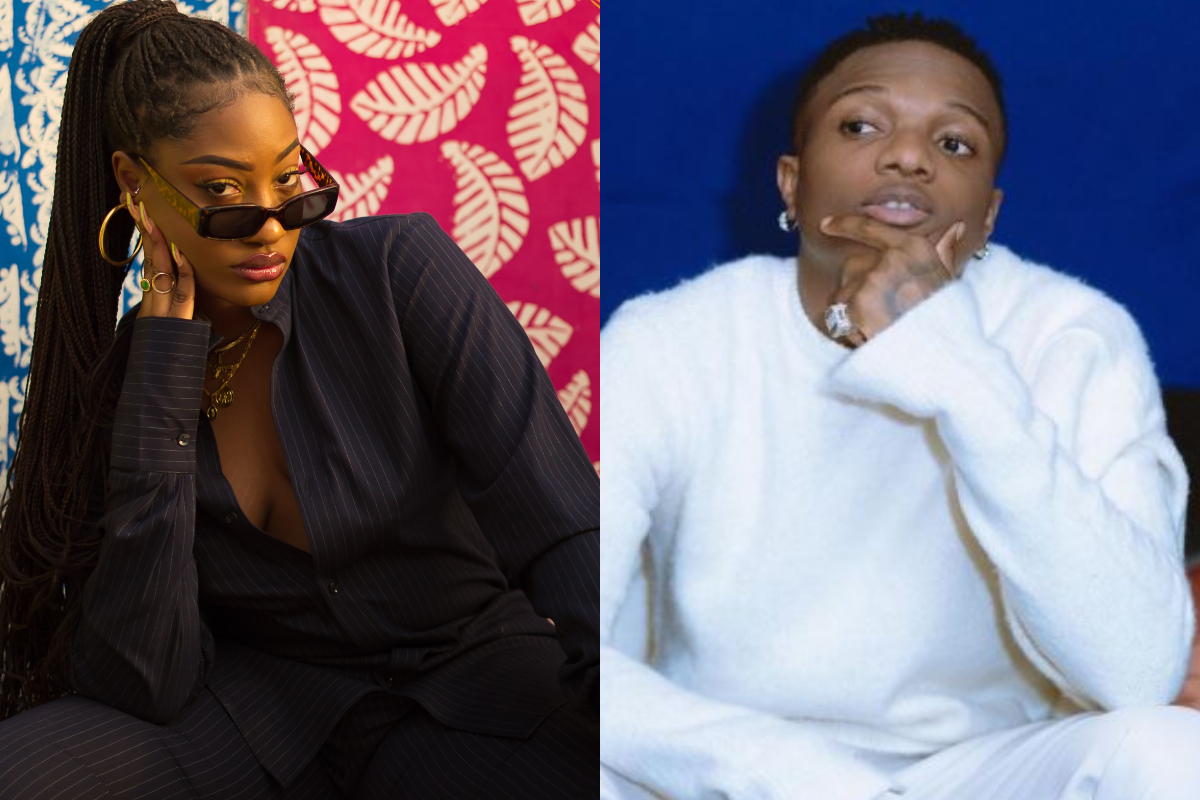 Tems is one of the finest artistic products from the country that has had the privilege to work with Wizkid. Regardless of the few records she has, she has become one of the highly sought-after singers in the country and Africa.

With her sweet silky voice, it’s no surprise that Wizkid featured her on his ‘Made In Lagos’ album which is blasted everywhere on the radio today. The song she featured on, ‘Essence’ has become the favourite of the masses and has earned her another feature with Wizkid.

Recall she was recently spotted with the singer in Ghana inside a studio where they were recording another song and the visuals to their song ‘Essence’. Working with Wizkid must be joyful as she took to Twitter to hail the singer.