Home News Woman calls out Lagos landlords & developers after she was shown a...

A woman identified with handle @__vanita on twitter has called out Lagos landlords and developers after she was shown a bathroom in a house in Lagos.

She shared a photo of the bathroom on Twitter and wrote:

“Lmao!!!!! Omoooo I hate Nigeria, Lagos landlords and developers. Wtf is this?” 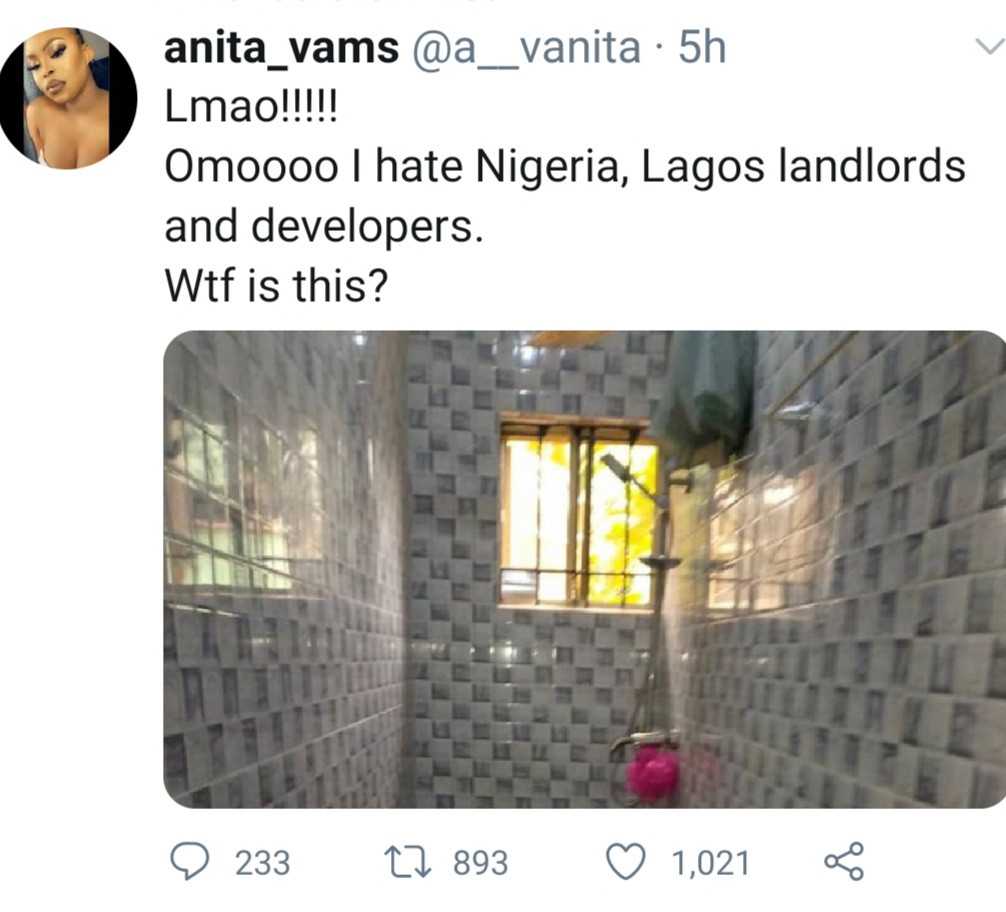 The bathroom looks so narrow in the photo that Twitter users wondered how a fatter person would pass through to take a bath. 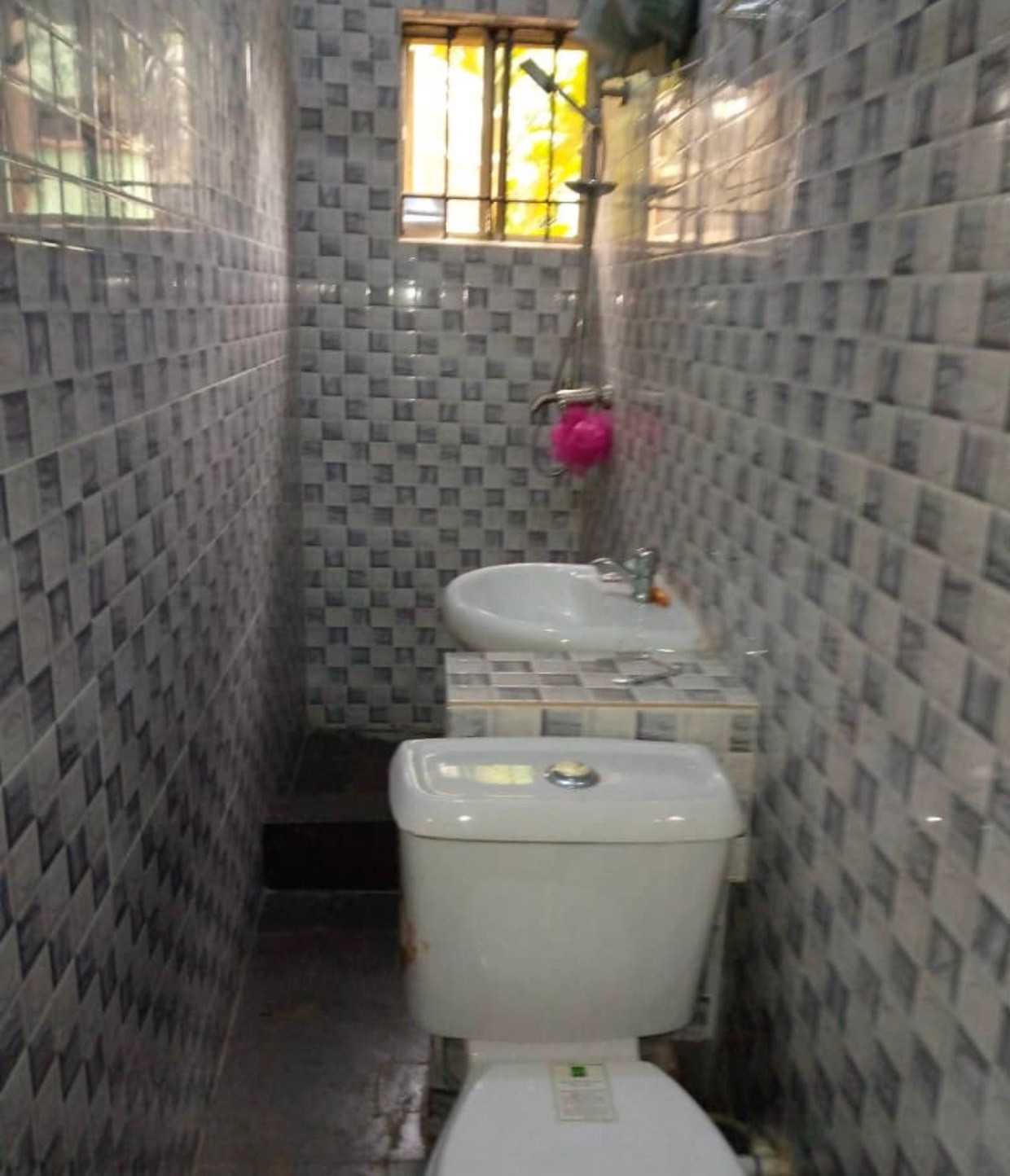 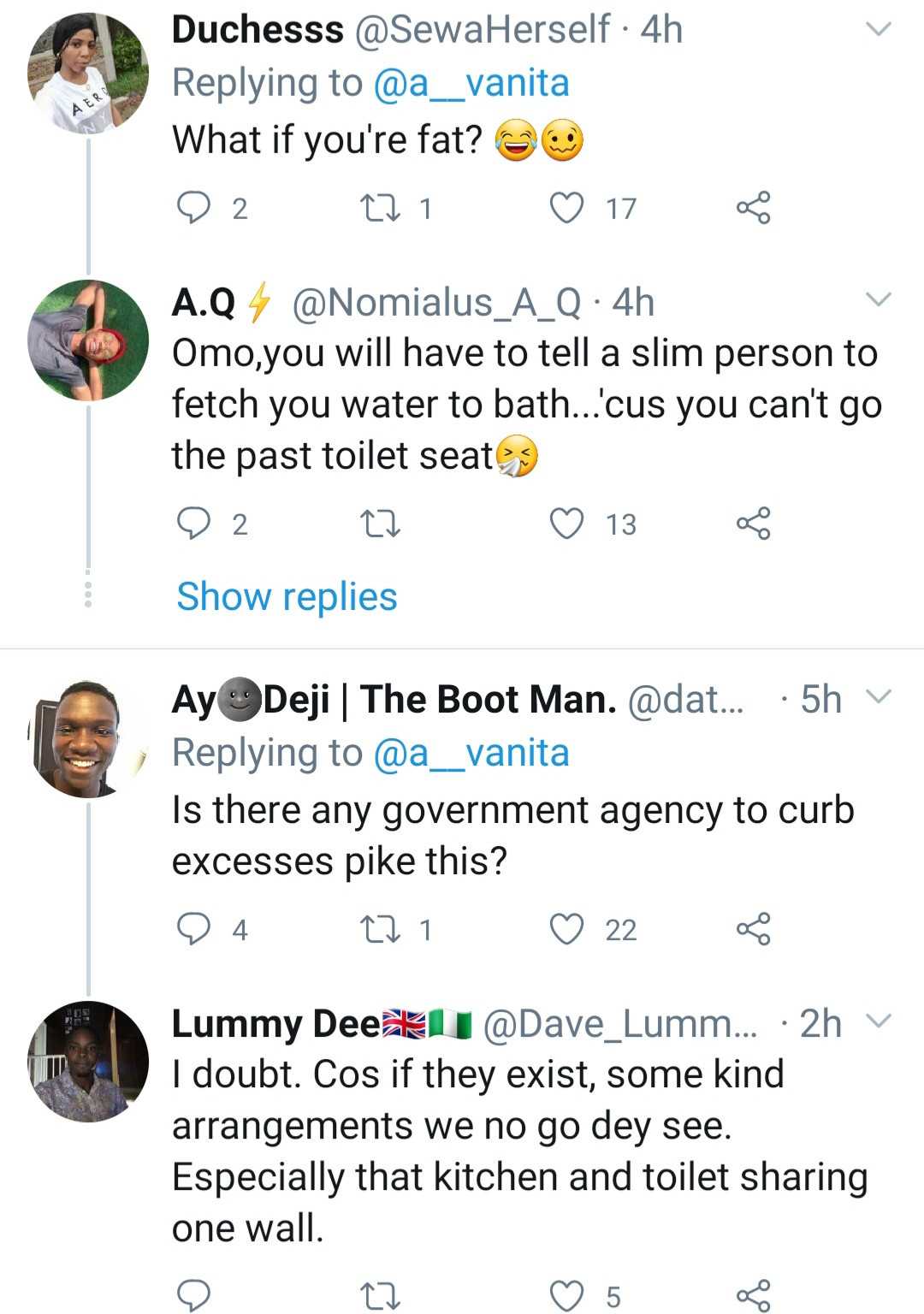 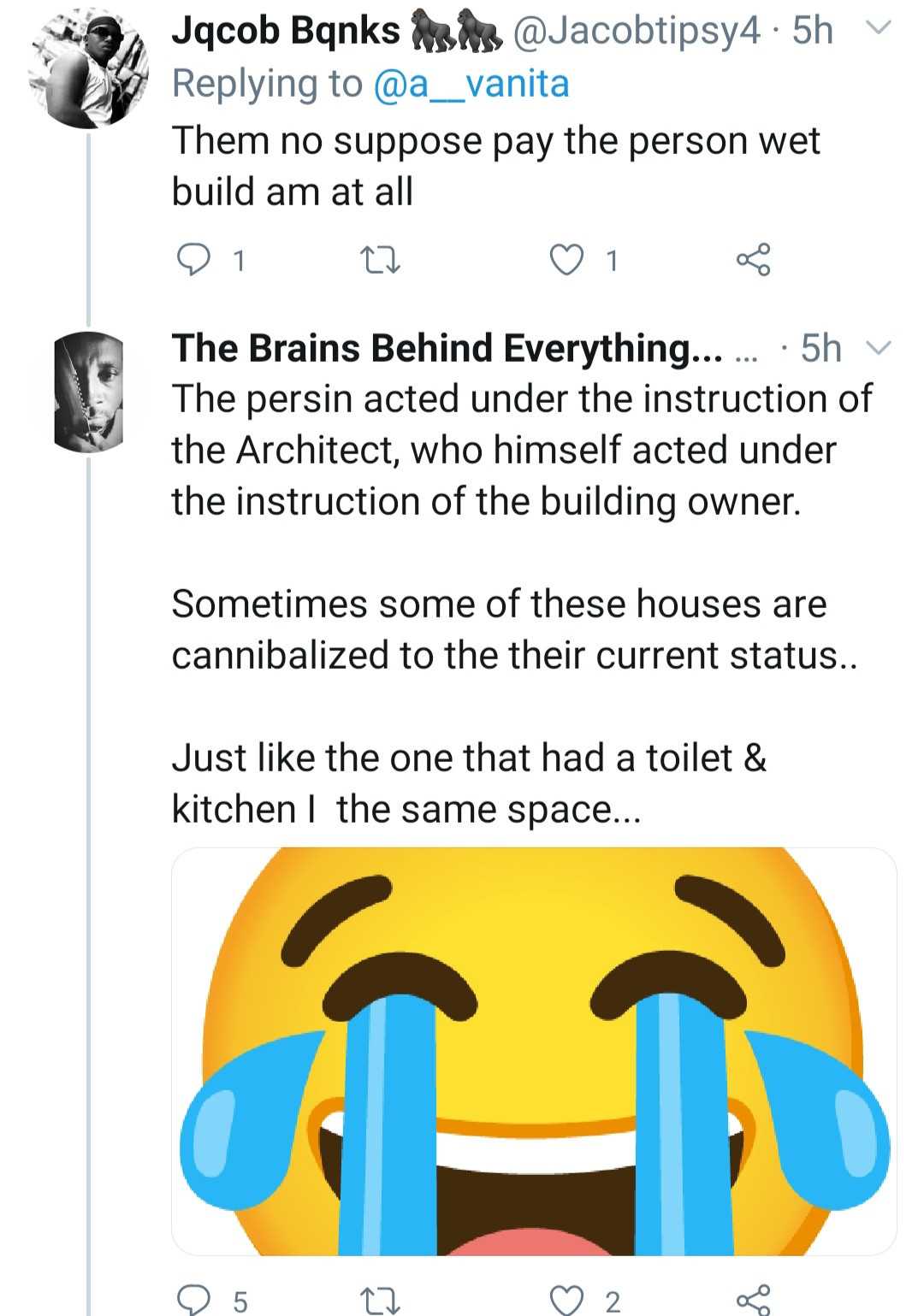