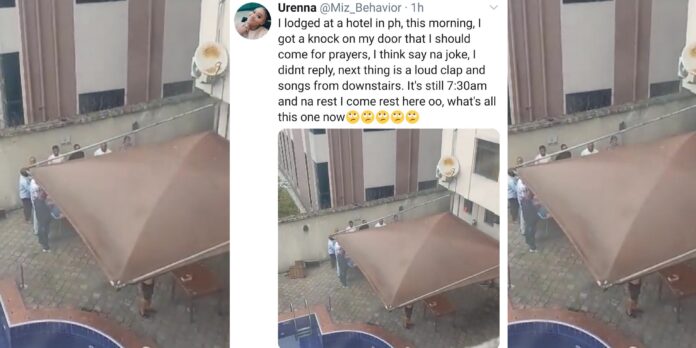 A woman who lodged in a hotel in Port Harcourt, Rivers state, revealed that guests were called out of their rooms for early morning prayers. 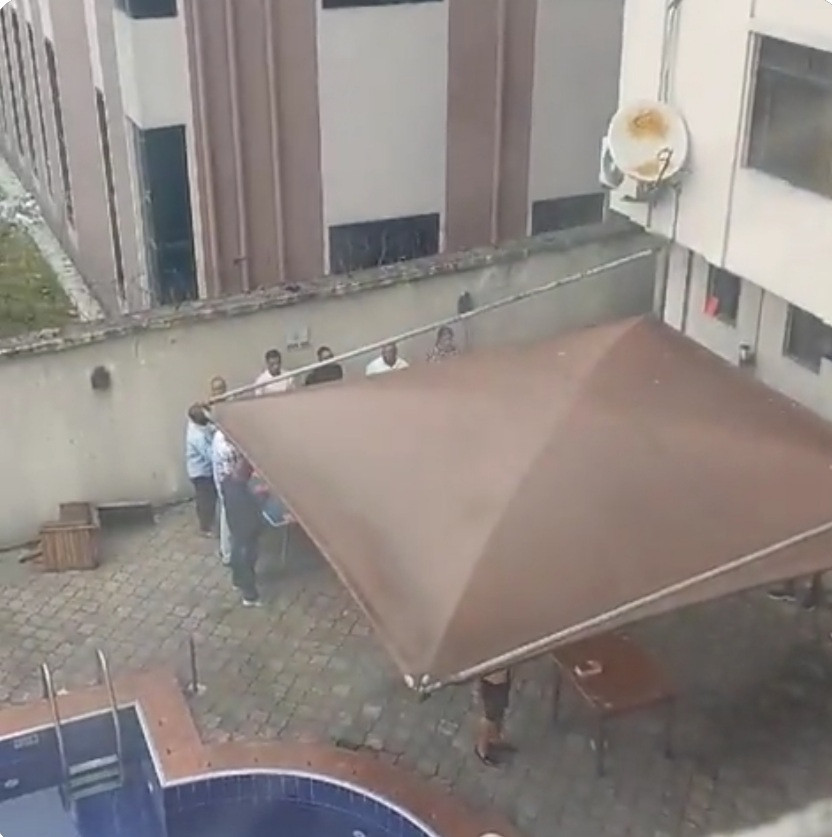 She explained that she heard a knock on her door early in the morning and when she answered, she was told to come down for morning prayers.

She thought it was a joke but she realised it wasn’t when she heard claps and songs from the compound and noticed guests and staff having morning devotion.

“I lodged at a hotel in ph, this morning, I got a knock on my door that I should come for prayers, I think say na joke, I didnt reply, next thing is a loud clap and songs from downstairs. It’s still 7:30am and na rest I come rest here oo, what’s all this one now.” 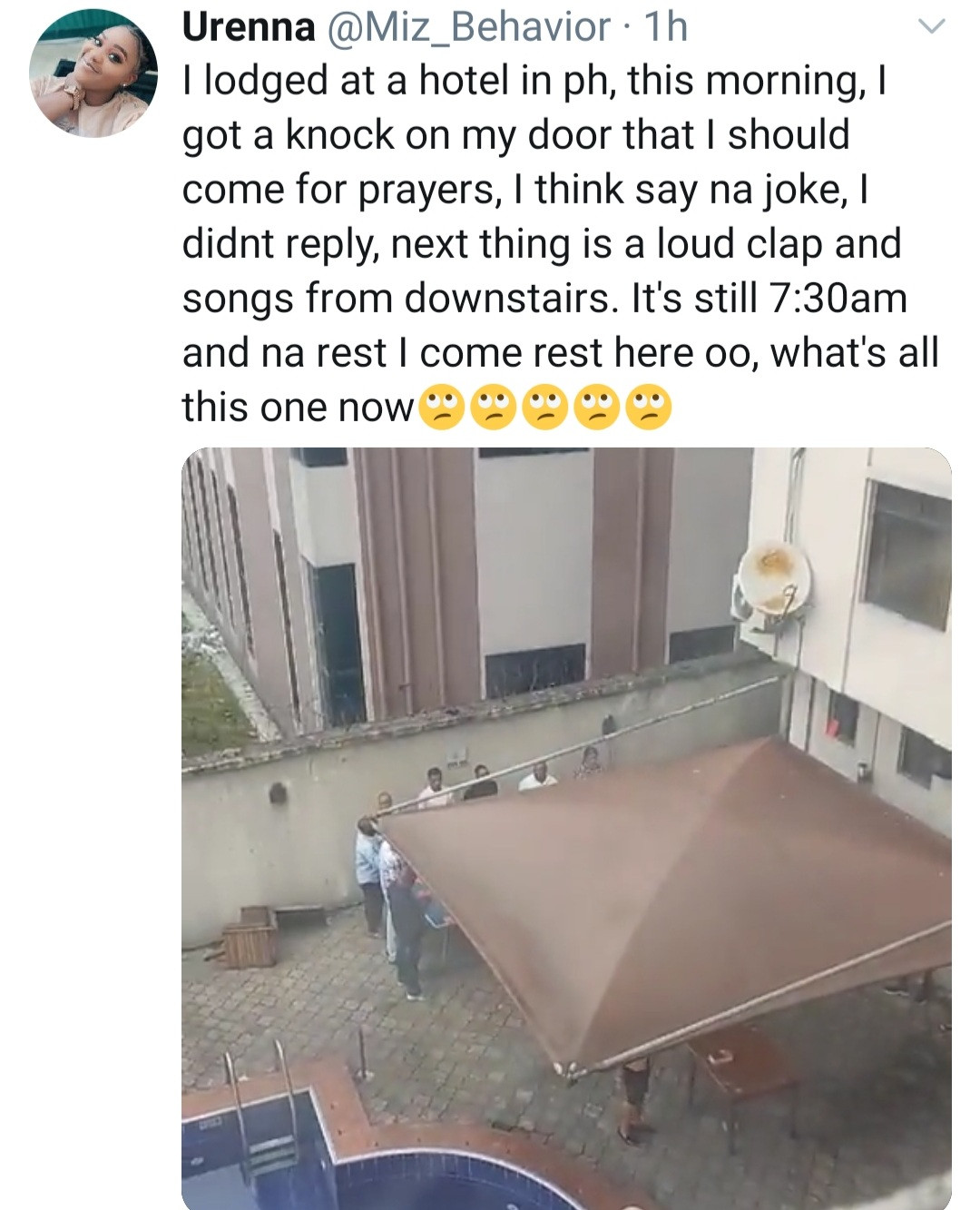