Home Celebrity Gist You Can Also Swallow Sperm On National TV-Nigerians Troll Erica After She...

Evicted BBNaija housemate, Erica Nlewedim was trolled by Nigerians after she made the list of her talents.

The actress took the microblogging site, Twitter to list her talents and some Nigerians took the opportunity to shade her.

Some agree with her as she lists her talents to include, singing, acting among others, while others trolled saying she forgot to add that she can also swallow sperm and have sex on national TV. 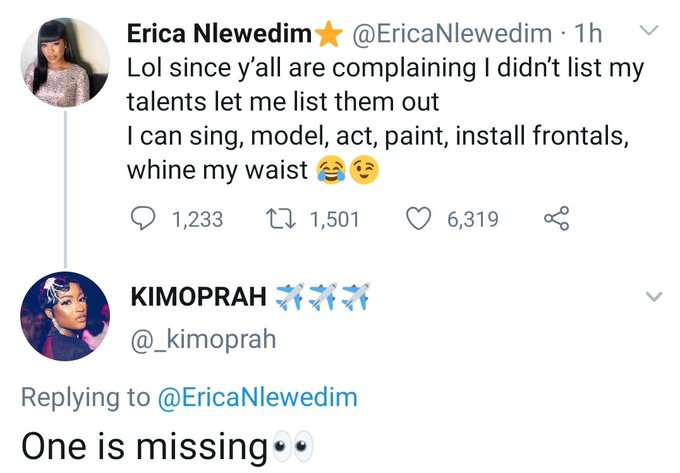 I’m looking for someone with 6 F9s in their old WAEC result, you’ll get N100k – Erigga announces