Home Viral ‘You’re Very stupid’ – Lady Walks Out On her Boyfriend Who Proposed...

A young Nigerian lady has disgraced her boyfriend as she insulted him in front of a large crowd at a shopping mall when her boyfriend proposed marriage to her. 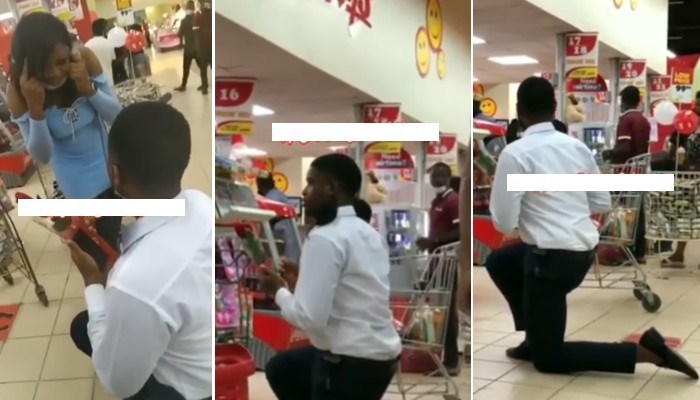 In the viral video the man believed to be her boyfriend thought it wise to propose to her in a mall, however, she rejected his proposal and insulted him in the process.

The incident reportedly happened in Enugu. In the video clip, the young man identified as Ebuka went on his knee with a flower and ring in his hand seen on his knees.

Responding to his proposal, the lady said;

”Ebuka are you mad?… You are very stupid,” and then she walked out on him while the young man stayed helplessly on his knee on the floor.