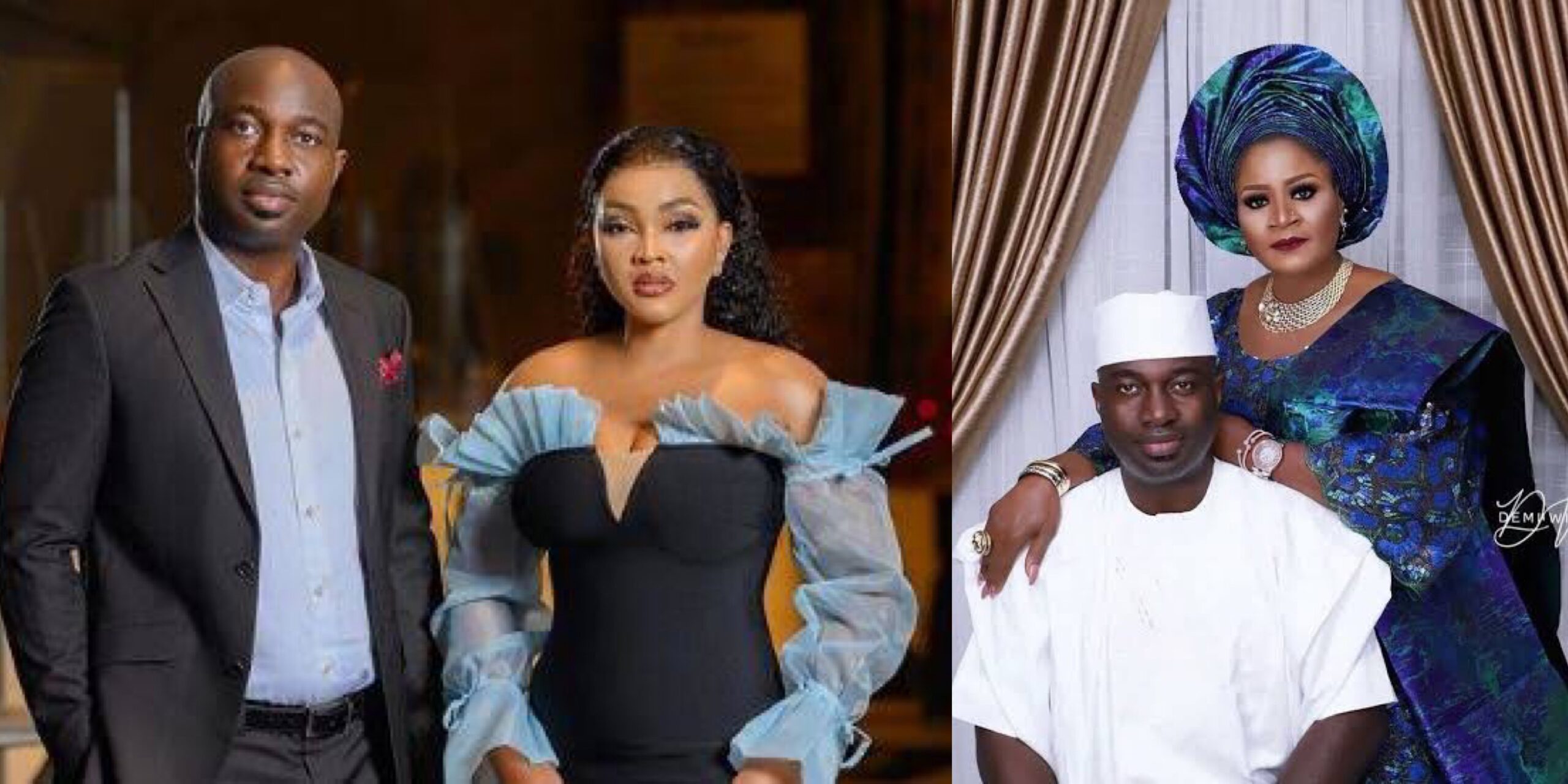 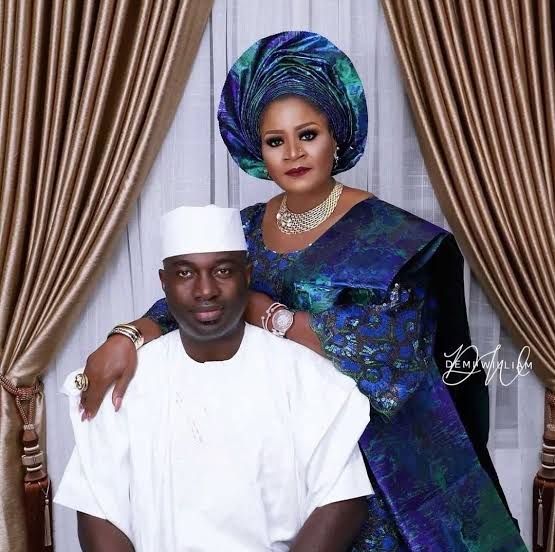 Mercy has insisted she was never friends with Kazim’s estranged wife and that she didn’t break Kazim’s first marriage. Mercy also said Adekaz is a Muslim so can marry multiple wives.

Reacting, Funsho Asiwaju Adeoti insisted she and Mercy were friends but the “shame” will not let Mercy admit it. She also claimed she introduced Mercy to her husband Adekaz before Mercy took her husband from her. 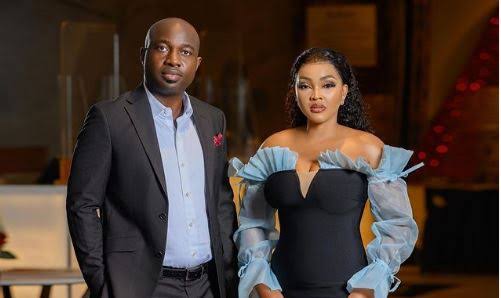 “I introduced you to Kazim as my friend,” Funsho wrote.

She added: “You were a constant friend of mine back then. I brought you close as a friend because I liked you, but you repaid me by sleeping with my husband Kazim. “

She also alleged that Mercy’s son, now 11, was just 5 months old when Mercy began sleeping with her husband Kazim. Mercy was still married to Lanre Gentry at the time. “You were a problem in my marriage for years,” Funsho told Mercy.

Funsho also accused Adekaz of lying that she’s OK with him having a second wife. “Contrary to what Mr Adeoti said, I did not and will never settle to have a second wife in my marriage to him,” Funsho wrote.

She also hinted at divorcing Kazim as she referred to him as her “soon-to-be ex-husband”. “I’m done. He’s all yours. Enjoy,” Funsho told Mercy. 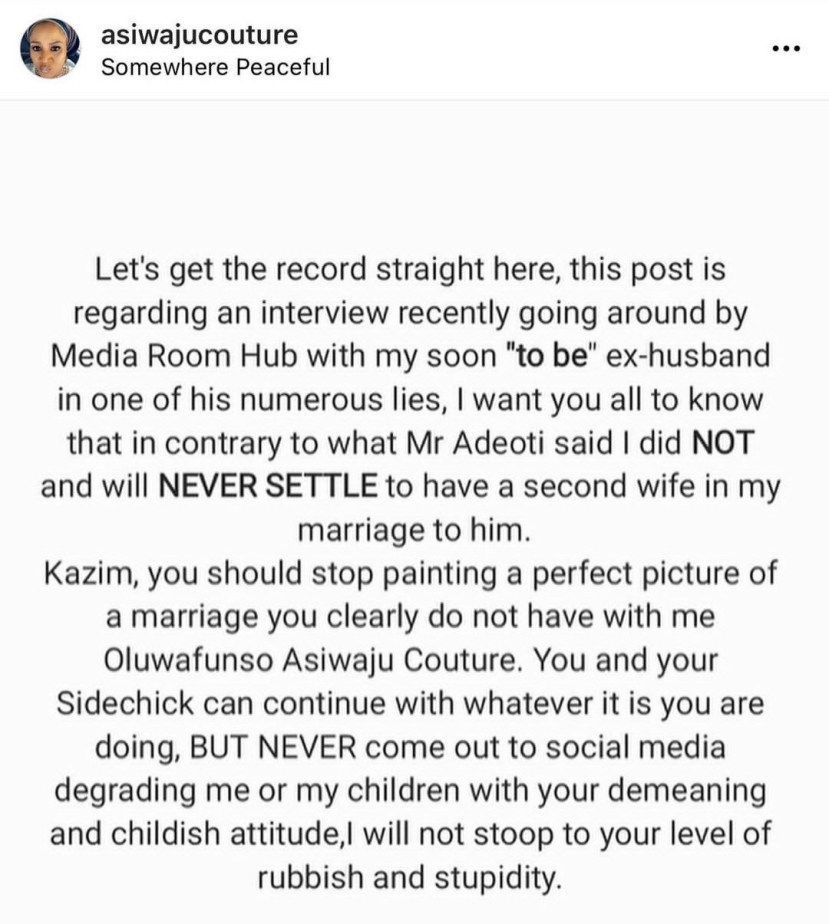 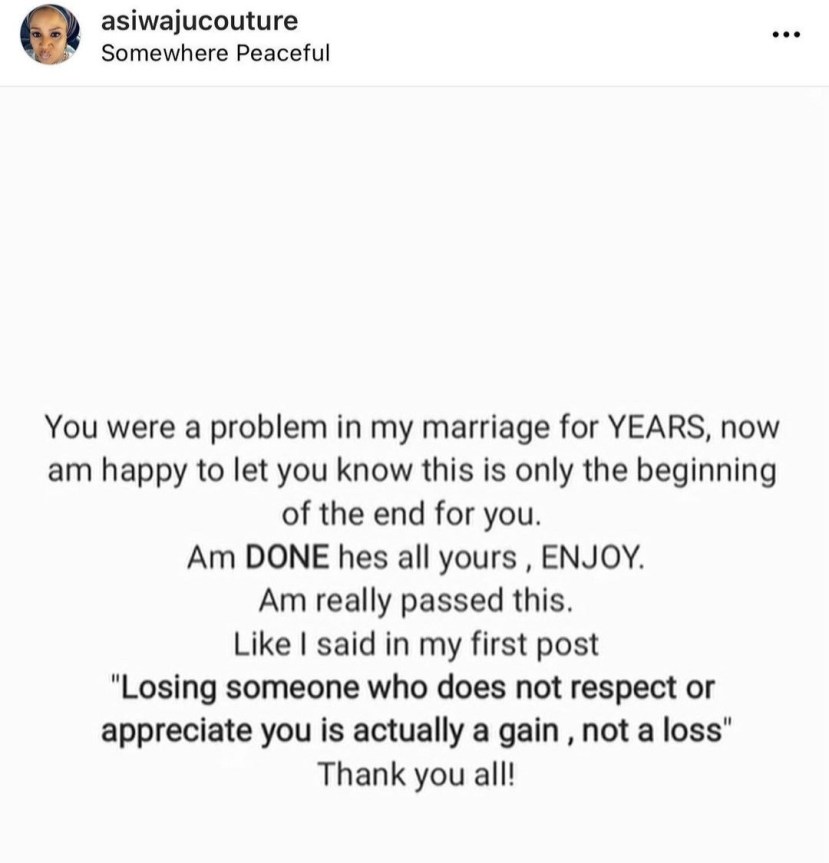 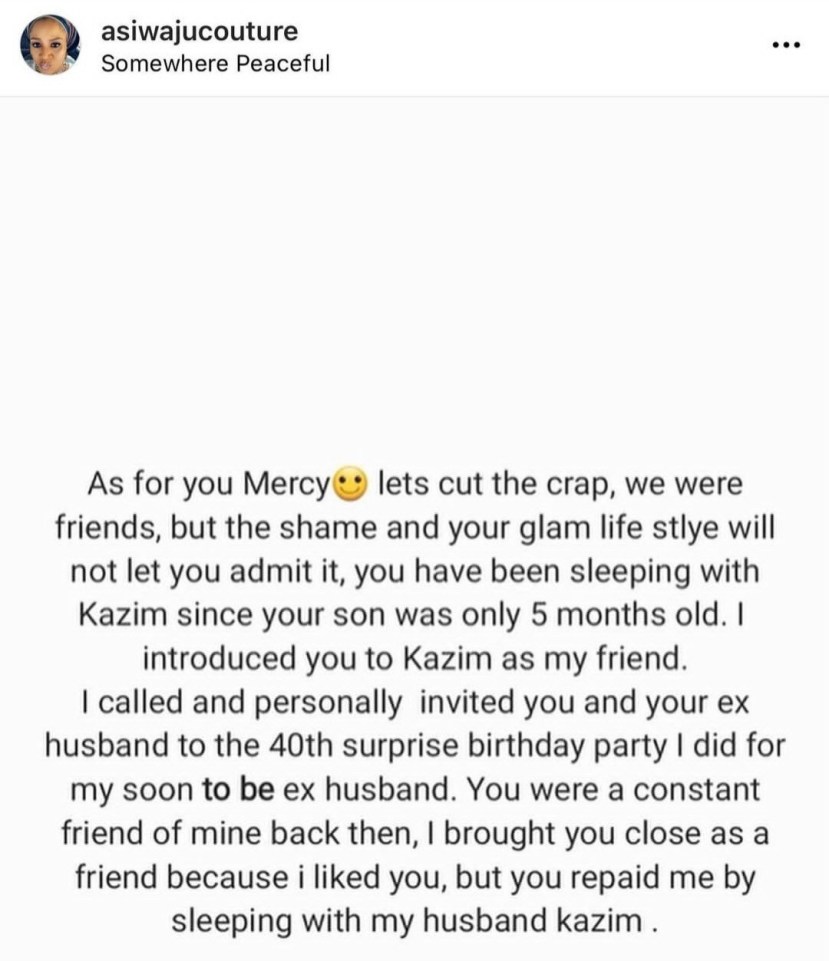